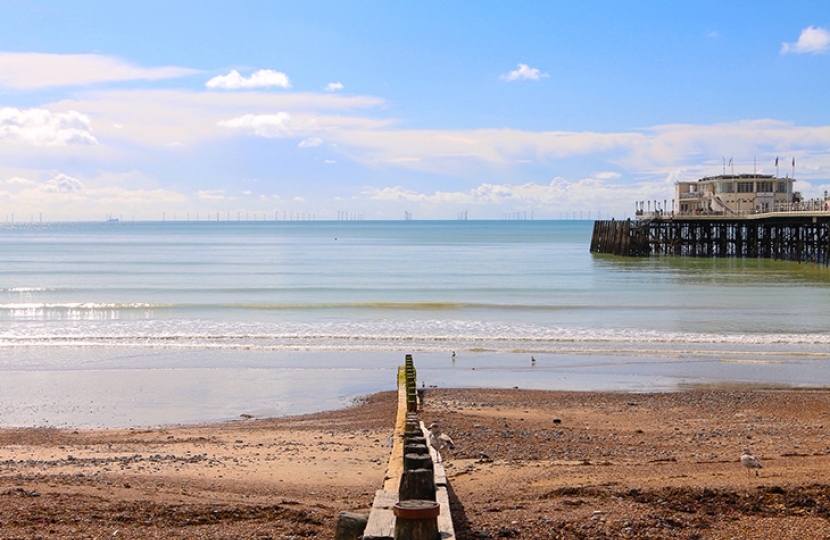 Worthing Borough Council has secured vital funding from the Environment Agency to help with the ongoing fight against coastal erosion.

As a coastal protection authority, the Council commissioned work across multi-agencies in a bid to solve the long-term problem of sea levels that are expected to rise by as much as 0.3 metres over the next 50 years.

And after detailed consultation with the Environment Agency, as well as residents and businesses, it was decided that replacing the existing wooden groynes dating back to as early as 1804, with rock defences would not be cost effective in the short term, but cannot be ruled out altogether.

Instead it was agreed that the project will initially concentrate on repairing the existing wooden groynes and replenishing the shingle as part of a two-phase Worthing Coastal Protection Scheme between Ferring and Lancing before longer-term work begins.

More than 2,030 homes in Worthing, as well as a significant number of industrial and commercial businesses are under threat from the risk of rising sea levels and coastal erosion.

The £1.9million 'Hold the Line' project will concentrate on large scale repairs to the groynes and shingle replenishment at the town centre and the section of beach along the A259, Brighton Road, which are designed to ensure the defences are maintained for the next 10 years.

As a result of the consultation, Worthing Borough Council will only contribute 10 per cent or £200,000 towards the cost of these repairs with the remaining funding coming from the Environment Agency's Flood & Coastal Erosion Risk Management Grant. Phase one is set to start in September 2023 and is expected to be completed by March 2024.

Phase two is a larger long-term project being led by the Environment Agency working with the Council and will cost an estimated £40m which is set to begin after completion of the first phase of works. The large-scale scheme will replace the existing groynes with sustainable materials in line with developing Sussex Bay initiatives and the innovative kelp restoration projects after consultation with residents, councillors, business owners and interested stakeholders.

Photo: One of the existing wooden groynes on Worthing Beach near the Pier

Article from Adur and Worthing Council.