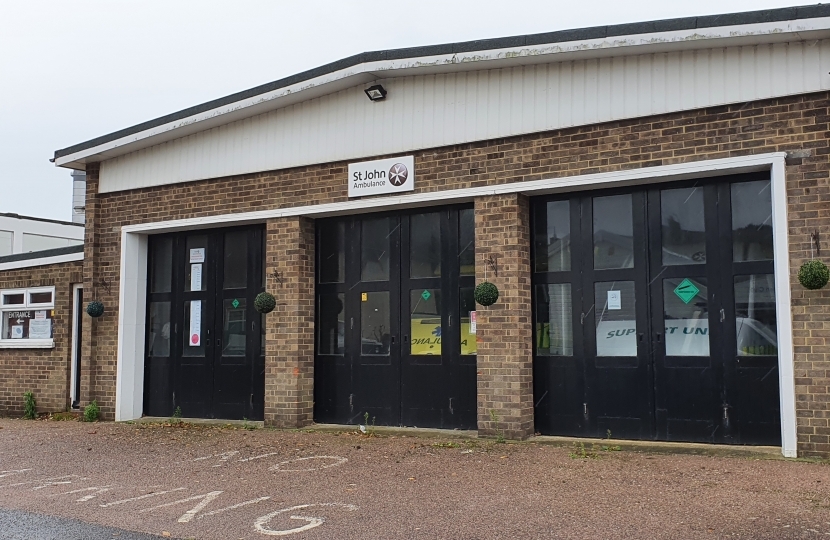 (Article reposted from Tim Loughton MP)
Great news for the St John Ambulance HQ in Southwick. Down to the remarkable generosity of local people, firms and organisations the £55,000 needed to renew the roof has already been reached and the hall will be saved for the charity to continue using. Thank you to everybody who responded to our appeal so positively and in the case of the fundraising Zumba class some of us did in particular, so energetically!

Hopefully the work can start soon and many more community groups who have used the hall in the past can get back in and start up their activities again as well, as lockdown continues to ease.

It was great to attend a council meeting in person for the first time in almost 18 months last week. There were just 4 socially distanced places available for members of the public to attend the first meeting of the newly elected Lancing Parish Council, transferred next door to St Michael’s Church Hall given the Parish Hall is still being used for the vaccination centre. Every one of the newly elected parish councillors was there and they seem determined to hit the ground running and get to work on reviving Lancing’s fortunes after the last few years of squabbling and navel gazing.

Congratulations to the new Chair Mike Mendoza and Vice Chair Ann Bridges. They have asked me to flag up the village garden competition which will be judged in June and if the rain holds off long enough a good excuse for everyone to smarten up their borders, hanging baskets and even some of the communal spaces around the village. Further details are available on the Parish Council website.

Further news on the A27 ‘littergate’ situation. Adur Cabinet member for the Environment Emma Evans and officers have been in talks with Highways England about getting access to the grass verges without having to pay an outrageous fee of £10,000 a time for lane closures to make it safe. Driving back from a shift at the Lancing vaccination centre on Sunday it appeared that there was less rubbish around until I realised that it was just the grass had grown up considerably and was just hiding the mess. Subsequently I urged the council not to start the grass cutting until the rubbish has been dealt with for fear of just shredding it into squillions more pieces and making the problem even worse.

I also noticed on Sunday morning that lane closures were still in place for repair work on the Holmbush slip road which would have been a perfect opportunity for a litter pick and I know that many local people would have joined me and councillors in volunteering and making it happen.

We have pointed out that just these sorts of opportunities should be notified to Adur Council so a clear-up can be planned with minimal fuss and hopefully minimal cost too. As with so many things better communication and planning would save a lot of time and resources later on – let’s hope Highways England has got the message at last.