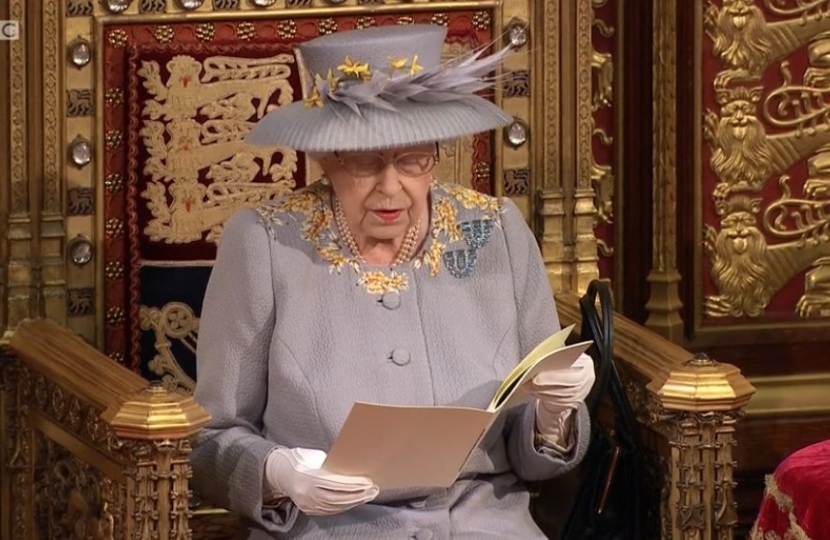 Thank you to everyone who voted in the local elections last week and congratulations to all those elected. There were some gains and losses on all sides with Labour doing well in Worthing and Conservatives strengthening their majority on Adur Council where we also welcomed a new Green councillor for the first time.

The new term at Parliament started this week too and the State Opening was a strange and modest affair bereft of so much of the ceremony and pageantry. The Queen was in ‘civvies’ with the Imperial state Crown processed before her on a cushion; there were no military bands; no ornate royal coaches with gold maces sticking out of the windows attended by gilded officials with indecipherable titles; no soldiers in dazzling breast plates and plumage; no crowds of ambassadors in their national finery. All a bit odd and low-key but at least a relief for the Westminster Council staff who usually have to clear up after the horses.

The Queen’s Speech itself was by no means low key. The Government programme for the coming year that it set out was jam packed with no fewer than 31 pieces of legislation reflecting the pent-up demand that has limited many measures going through Parliament during the pandemic. Many were expected such as the comprehensive legislation on serious crime and streamlining the asylum system, a big push on preventative public health and use of technology in the NHS and there will be much on the environment ahead of the crucial Cop 26 summit we are hosting in Glasgow in November.

There are other less high-profile measures which I know will go down well locally such as the Animal Sentience Bill to improve animal welfare yet further, and certainly an improvement on the standards we were subject to whilst in the EU. I am particularly pleased to see a prominent mention for the ‘Best Start in Life’ measures resulting from Leadsom review with which I have been closely involved. Making sure we do much more to recognise the importance of a healthy child and parent development in the first 1001 days of a baby’s existence is so key to avoiding problems later in childhood and indeed parenthood. Looks like we will have a very heavy Parliamentary session ahead of us and so it is good that it has been confirmed that the Commons will more or less fully return to normal from June 21st as we finally exit lockdown all being well.

Give the easing of restrictions on meeting indoors from May 17th I will also be resuming my normal constituency surgeries face to face from next week, having carried them on over Zoom and telephone since last year. As usual if you would like an appointment please ring the constituency office in Shoreham on 01273 757182

You can book a vaccination here: https://www.nhs.uk/conditions/coronavirus-covid-19/coronavirus-vaccinat…