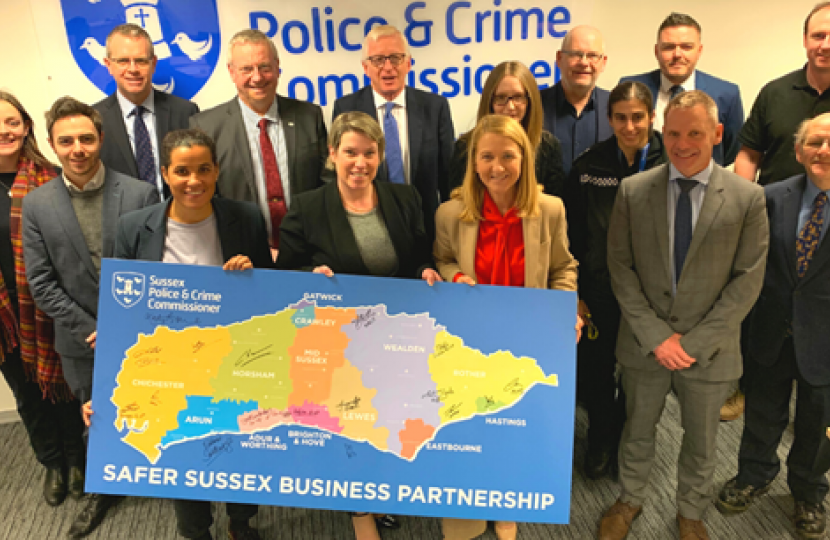 This week marked International Women’s Day (IWD) and the theme was Break the Bias. It's a day that means different things to different people but, at its heart, is a moment to reflect on the determination and compassion of women everywhere as they still struggle for equality in some places.

It is also a much needed reminder of all our responsibilities as individuals to “break the bias” wherever we see it.

This year, I joined the Brighton Women’s Centre annual IWD celebration – an event that bought together inspiring speakers, activists and innovators. It was great to be a part of the panel where our discussions included women’s safety, how we can continue to rebuild trust in the police and include men in the wider conversation about violence against women and girls.

On a day that celebrates all women across the globe, my thoughts remain with the courageous, resilient women and their families still in Ukraine and with those seeking sanctuary.

This time of year also marks two years since I established the Safer Sussex Business Partnership (SSBP) which has made great strides in tackling crimes against local businesses.

As part of the SSBP’s wider plan to prevent re-offending, my office has been working with Sussex Police and our partners to develop three separate schemes in order to deter and educate certain offenders about the impact of their crimes.

I am delighted to be able to announce that, this week, Sussex's first specially customised business crime awareness scheme has been launched.

This scheme, delivered by Victim Support, gives offenders just one opportunity to attend an online course as an alternative to receiving a police caution.

Sussex Police decide which offenders are referred on to the course and, should they refuse to attend, then further action will be taken against them.

The offender is also expected to pay for the course themselves so there is no cost to the public purse.

It is vital that we tackle these crimes effectively across our county and continue to divert offenders away from crime where appropriate, whilst also educating them about the impact their crimes have, not just on businesses but on their own futures too.

Whether it is working on the front line or working in a policing role that isn't public facing, every police officer and member of police staff strives to make an integral difference in helping to tackle crime and protect and support the public.

During March, Sussex Police are holding recruitment events where attendees will have the opportunity to call on the expertise of current serving police officers.

The events will include an introduction into policing and give those who may be interested in a policing career, information, support and the chance to learn about the various policing entry routes and career paths first-hand.

It is heartening to see that, despite the challenges of 21st century policing, so many people continue to show an interest in making a difference by taking on the unique responsibilities of the office of Police Constable to make Sussex a safe place for us all.

Transport Secretary Grant Shapps on building a railway fit for the future.