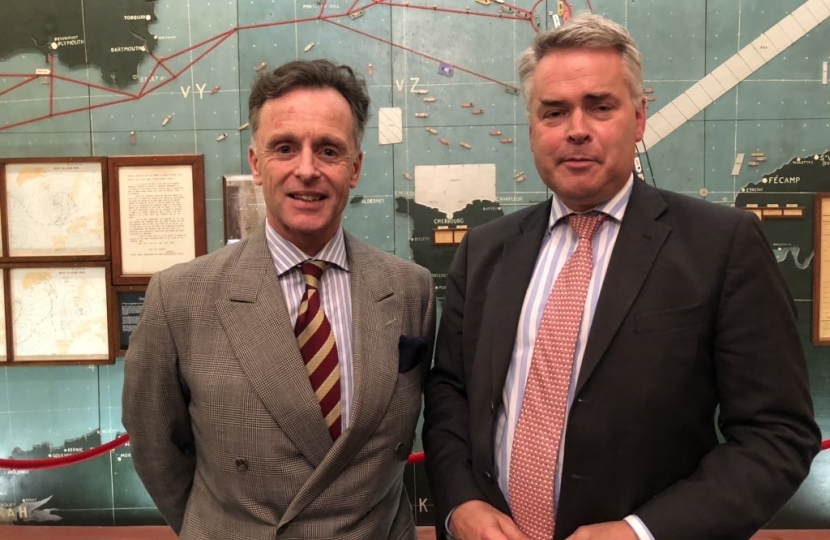 As last week’s ‘Super Saturday’ vote on the new Brexit deal didn’t exactly go according to plan I think I will reserve judgement on the likely outcome of this week’s deliberations in Parliament until the final votes on Thursday when this column is actually published!

So now for something completely different, as they used to say. I escaped Westminster last Thursday evening to travel down to the military police training base in Hampshire to meet the first recruits to the Ministry of Defence’s ‘Monuments Men’ scheme. Or to give it its full title ‘The Cultural Property Protection Unit.’

It is being set up by reservist Lt Colonel Tim Purbrick and its purpose is to train recruits to be transported into conflict zones where important archaeological and historical sites and antiquities are at risk. They will also be working with other law enforcement and cultural agencies to combat the illicit trade in antiquities, which along with the proceeds of drug running have helped finance terrorist organisations like DAESH and Al Qaeda. Whilst we watched in horror as the terrorists blew up UNESCO world heritage sites in places like Palmyra in Syria and Nineveh in Iraq supposedly on ‘religious’ grounds they were also busy flogging off priceless pieces from ransacked museums to finance their murderous campaigns.

I met an impressive group of men and women both from the military and reservists from the National Trust, Department for International Development and many others with an interest in archaeology. They were joined by an impressive array of officers from the US, Australian, Dutch, Austrian and other foreign military keen to replicate our model. As the Chairman of the all Party Parliamentary Group for Archaeology is was a pleasure to present them with their certificates at the end of their course, and in the historic D Day map room at Southwick Park Defence School used by Eisenhower back in 1944 to wish this pioneering group of modern day ‘Monuments men and Women’ every success.

Sticking to exclusively uplifting news many congratulations are due to Dame Marianne Griffiths and the entire staff of the Western Sussex Hospitals NHS Trust for officially becoming the best hospital in England with ‘outstanding’ ratings across all considerations. It is incredible to think that over 10 years ago we had to march to prevent the previous government from downgrading facilities at both Worthing and St Richards Hospitals, and expect constituents to travel out of the county to Portsmouth or Brighton where I am sure the hospitals there would give their eye-teeth to receive such accolades. But then why should we be surprised? We are lucky to have such a fantastic hospital in Worthing and on behalf of all my constituents I have passed on our congratulations and gratitude.

If you’re getting less work or no work because of coronavirus (COVID-19), you might be able to claim a grant through the coronavirus Self-employment Income Support Scheme.